Earlier we wrote a blog about the circumstances under which a bankruptcy can be filed and how this procedure works. Besides bankruptcy (regulated in Title I), the Bankruptcy Act (in Dutch the Faillissementswet, hereafter referred to as ‘Fw’) has two other procedures. Namely: the moratorium (Title II) and the debt restructuring scheme for natural persons (Title III, also known as the Debt Rescheduling Natural Persons Act or in Dutch the Wet Schuldsanering Natuurlijke Personen ‘WSNP’). What is the difference between these procedures? In this article we will explain this. 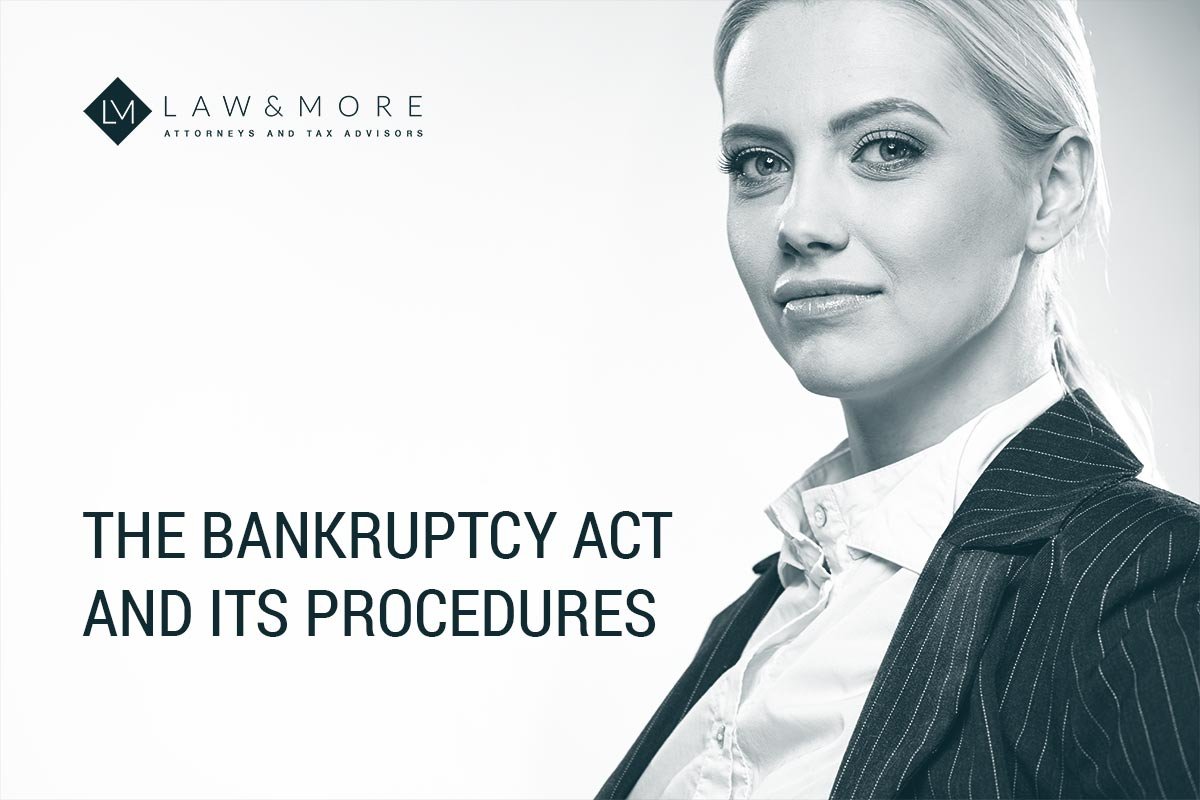 First and foremost, the Fw regulates the bankruptcy procedure. These proceedings entail a general attachment of the debtor’s total assets for the benefit of the creditors. It concerns a collective redress. Although the possibility always exists for creditors to seek redress individually outside of bankruptcy on the basis of the provisions of the Code of Civil Procedure (in Dutch Wetboek van Burgerlijke Rechtsvordering or ‘Rv’), this is not always a socially desirable option. If a collective redress mechanism is put in place, it saves a lot of separate proceedings for obtaining an enforceable title and its enforcement. In addition, the debtor’s assets are divided fairly among the creditors, in contrast to individual recourse, where there is no order of precedence.

The law includes a number of provisions for this procedure of collective redress. If the bankruptcy is ordered, the debtor loses the disposal and management of the assets (the estate) that are open to recovery pursuant to Article 23 Fw. In addition, it is no longer possible for creditors to seek redress individually, and all attachments made before the bankruptcy are cancelled (Article 33 Fw). The only possibility for creditors in the bankruptcy to get their claims paid is to submit these claims for verification (Article 26 Fw). A bankruptcy facilitator liquidator is appointed who decides on the verification and manages and settles the estate for the benefit of the joint creditors (Article 68 Fw).

Secondly, the FW offers another procedure: the suspension of payments. This procedure is not intended to distribute the debtor’s proceeds like bankruptcy, but to maintain them. If it is still possible to get out of the red and thus avoid bankruptcy, this is only possible for a debtor if he actually preserves his assets. A debtor may therefore apply for a moratorium if he is not in a situation where he has stopped paying his debts, but if he foresees that he will be in such a situation in the future (Article 214 Fw).

If the moratorium application is granted, the debtor cannot be compelled to pay the claims covered by the moratorium, foreclosures are suspended, and all attachments (precautionary and enforceable) are cancelled. The idea behind this is that by taking the pressure off, there is room for reorganisation. However, in most cases this is not successful, because it is still possible to enforce claims to which priority is attached (for example in the case of a right of retention or a right of pledge or mortgage). The application for a moratorium can set off alarm bells for these creditors and therefore encourage them to insist on payment. In addition, it is only to a limited extent possible for the debtor to reorganise his employees.

The debt restructuring of natural persons

The third procedure in the Fw, debt restructuring for natural persons, is similar to the bankruptcy procedure. Because companies are dissolved through the termination of the bankruptcy procedure, creditors no longer have a debtor and can’t get their money. This is, of course, not the case for a natural person, which means that some debtors could be pursued by creditors for the rest of their lives. That is why, after a successful conclusion, the debtor can start with a clean slate with the debt restructuring procedure.

A clean slate means that the unpaid debts of the debtor are converted into natural obligations (Article 358 Fw). These are not enforceable by law, so they can be seen as mere moral obligations. In order to obtain this clean slate, it is important that the debtor makes as much effort as possible during the term of the arrangement to collect as much income as possible. A large part of these assets is then liquidated, just as in the bankruptcy procedure.

In this article we have given a short explanation of the different procedures in the Fw. On the one hand there are the liquidation procedures: the general bankruptcy procedure and the debt rescheduling procedure which only applies to natural persons. In these proceedings the debtor’s assets are liquidated collectively for the benefit of the joint creditors. On the other hand, there is the suspension of payment procedure which, by ‘pausing’ the payment obligations towards the unsecured creditors, can enable the debtor to get his affairs in order and thus avoid a possible bankruptcy. Do you have any questions about the Fw and the procedures it provides? Then please contact Law & More. Our lawyers are specialised in insolvency law and will be happy to help you!