Blog » Non-compete clause: what do you need to know?

Non-compete clause: what do you need to know?

A non-competition clause, regulated in art. 7:653 of the Dutch Civil Code, is a far-reaching restriction of the employee’s freedom of choice of employment that an employer can include in an employment contract. After all, this allows the employer to prohibit the employee from entering the service of another company, whether or not in the same sector, or even starting his own company after the end of the employment contract. In this way, the employer tries to protect company interests and to keep knowledge and experience within the company, so that they cannot be used in another work environment or as a self-employed person. Such a clause can have far-reaching consequences for the employee. Have you signed an employment contract containing a non-competition clause? In that case, this does not automatically mean that the employer may hold you to this clause. The legislator has drawn up a number of starting points and exit routes to prevent possible abuse and unfair consequences. In this blog we discuss what you need to know about a non-compete clause. 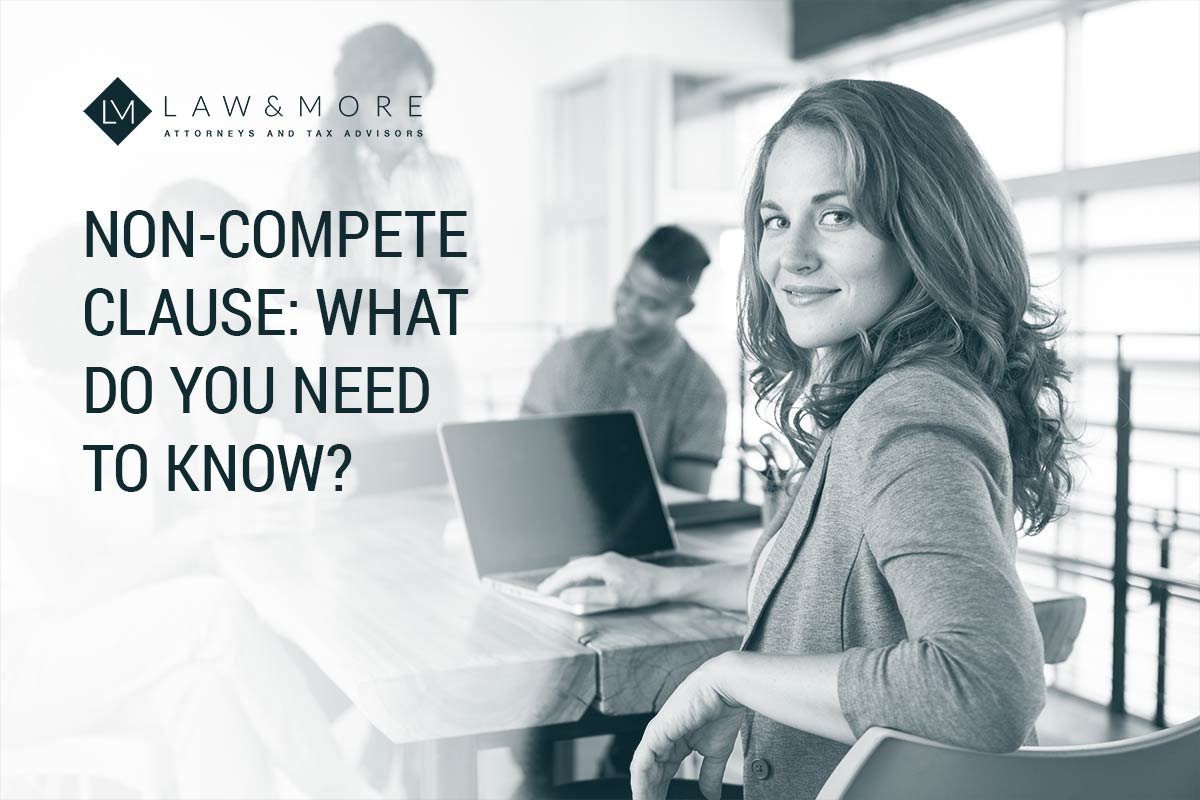 Destruction by the judge

A judge has pursuant to art. 7:653 of the Dutch Civil Code, paragraph 3, the possibility to annul a non-competition clause in whole or in part if it entails an unreasonable disadvantage for the employee that is disproportionate to the interests of the employer to be protected. The duration, the area, the conditions and the amount of the fine can be moderated by the judge. This will involve a weighing up of interests by the judge, which will differ per situation.

Circumstances relating to the interests of the employee that play a role are labor market factors such as declining opportunities on the labor market, but personal circumstances can also be taken into account.

Circumstances relating to the interests of the employer that play a role are the special skills and qualities of the employee and the intrinsic value of the business flow. In practice, the latter comes down to the question of whether the company’s business flow will be affected, and it is emphatically noted that a non-competition clause is not intended to keep employees within the company. ‘The mere fact that an employee has acquired knowledge and experience in the performance of his position does not mean that the employer’s business performance was affected when that employee left, nor when that employee left for a competitor. .’ (Hof Arnhem-Leeuwarden 24-09-2019, ECLI:NL:GHARL:2019:7739) The business flow rate is affected if the employee is aware of essential commercial and technically relevant information or unique work processes and strategies and he can use this knowledge for the benefit of his new employer, or, for example, when the employee has had such good and intensive contact with customers that they may switch to him and thus the competitor.

The duration of the agreement, which initiated the termination, and the position of the employee with the previous employer are also taken into account when the court considers the validity of a non-competition clause.

The non-competition clause, pursuant to art. 7:653 of the Dutch Civil Code, paragraph 4, does not stand if the termination of the employment contract is due to seriously culpable acts or omissions on the part of the employer, this is not likely to be the case. For example, serious culpable acts or omissions exist if the employer is guilty of discrimination, does not meet the reintegration obligations in the event of the employee’s illness or culpably paid insufficient attention to safe and healthy working conditions.

The ‘drastic change’ should be interpreted broadly and does not therefore have to concern only a change in function. However, in practice the fourth criterion is often not met. This was the case, for example, in the case in which the non-competition clause stated that the employee was not allowed to work for a competitor (ECLI:NL:GHARN:2012:BX0494). Since the employee had progressed from mechanic to sales employee during the time he was working for the company, the clause hindered the employee more because of the job change than at the time of signing. After all, the opportunities on the labor market were now much greater for the employee than before as a mechanic.

It is important to note here that in many cases the non-competition clause is only partially annulled, namely insofar as it has become more burdensome as a result of the change of function.

Have you signed a non-competition clause and do you want or have a new job? Please contact Law & More. Our lawyers are experts in the field of employment law and are happy to help you.