Did the police detain you for days and do you now wonder whether this is done strictly by the book? For example, because you doubt the legitimacy of their grounds for doing so or because you believe that the duration was too long. It is quite normal that you, or your friends and family, have questions about this. Below we tell you when the judicial authorities may decide to detain a suspect, from arrest to imprisonment, and what possible time limits apply. 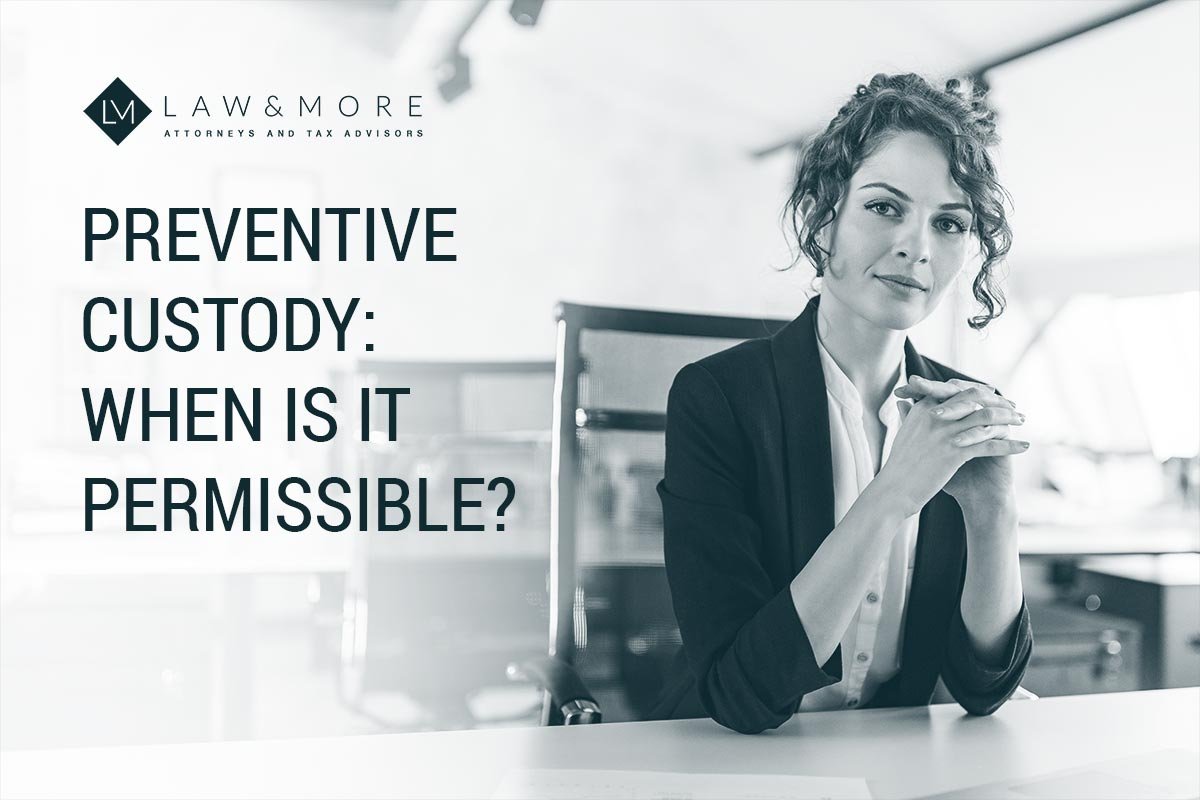 If you are arrested, it is because there is/was a suspicion of a criminal offence. In case of such suspicion, a suspect is taken to the police station as soon as possible. Once there, he or she is detained for questioning. A maximum duration of 9 hours is allowed. This is a decision that the (auxiliary) officer himself can make and he does not need permission from a judge.

If you were not allowed to have contact with anyone other than your lawyer when you were detained, this has to do with the power of the public prosecutor to impose restrictive measures. The public prosecutor may do so from the moment the suspect is arrested if this is in the interest of the investigation. The suspect’s lawyer is also bound by this. This means that when the lawyer is called by the relatives of the suspect, for example, he is not allowed to make any announcements until the moment the restrictions have been lifted. The lawyer can try to achieve the latter by filing a notice of objection against the restrictions. Usually, this objection is dealt with within a week.

Preventive custody is the phase of preventive custody from the moment of remand to the custody of the examining magistrate. It means that a suspect is detained pending criminal proceedings. Have you been remanded in custody? This is not allowed for everyone! This is only permitted in the case of offences specifically listed in the law, if there is a serious suspicion of involvement in a criminal offence and there are also good reasons for keeping someone in preventive custody for a longer period of time. The preventive custody is regulated by law in Articles 63 et seq. Exactly how much evidence there must be for this serious suspicion is not further explained in the law or in case law. Legal and convincing evidence is not required in any case. There must be a high degree of probability that the suspect is involved in an offence.

Preventive custody starts with the remand in custody. This means that the suspect can be detained for a maximum of three days. It is a maximum term, so it does not mean that a suspect will always be away from home for three days after the remand in custody. The decision to remand the suspect in custody is also made by the (deputy) public prosecutor and does not require permission from a judge.

A suspect may not be remanded in custody for all suspicions. There are three possibilities in the law:

There must also be reasons for detaining someone for longer. Provisional detention may only be applied if one or more of the grounds referred to in Section 67a of the Dutch Code of Criminal Procedure are present, such as:

If there is a chance that the release of the suspect could frustrate or impede a police investigation, the choice will most likely be made to keep the suspect in preventive custody.

When the three days have passed, the officer has several options. First of all, he can send the suspect home. If the investigation is not yet completed, the officer can decide once to extend the period of detention by a maximum of three times 24 hours. In practice, this decision is hardly ever taken. If the officer thinks that the investigation is clear enough, he can ask the examining magistrate to place the suspect in detention.

The last part of the preventive custody is the prolonged detention. If the public prosecutor believes that the suspect should remain in custody even after the fourteen days, he can ask the court for detention. This is possible for a maximum of ninety days. Three judges assess this request and the suspect and his lawyer are heard before the decision is made. Again there are three options: allow, reject or allow in combination with a suspension. The preventive custody may be suspended on the grounds of the personal circumstances of the suspect. The interests of society in the continuation of preventive custody are always weighed against the interests of the suspect in being released. Reasons for applying a suspension may include care for children, work and/or study conditions, financial obligations and certain supervision programmes. Conditions may be attached to the suspension of the preventive custody, such as a prohibition on street or contact, the surrender of the passport, cooperation with certain psychological or other investigations or the probation service, and possibly the payment of a deposit.

After the maximum period of 104 days in total, the case must come to a hearing. This is also called a pro forma hearing. At a pro forma hearing, the judge can decide whether the suspect should remain in preventive custody for a longer period, always for a maximum of 3 months.

Do you still have questions about preventive custody after reading this article? Then please contact Law & More. Our lawyers have a lot of experience with criminal law. We are ready to answer all your questions and will gladly stand up for your rights if you are suspected of a criminal offence.