Blog » Cryptocurrency: be aware of the compliance risks

Cryptocurrency: be aware of the compliance risks 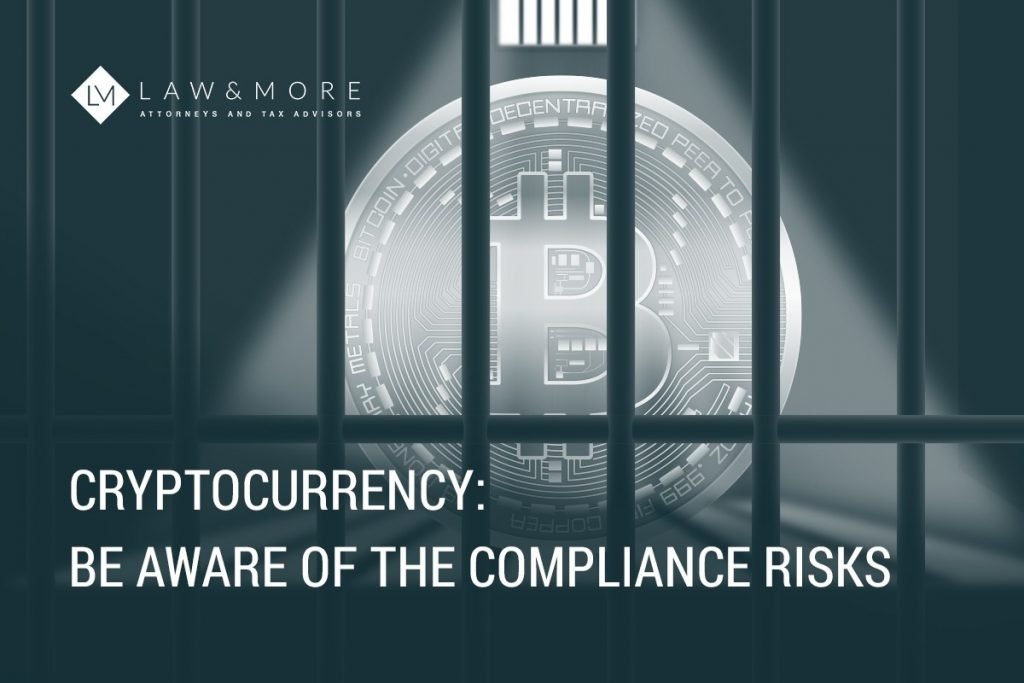 Risk of suspicion of money laundering

While cryptocurrency gains popularity, it is still unregulated in the Netherlands and the rest of Europe. The legislators are working on implementing detailed regulations, but this will be a long process. However, the Dutch national courts have already passed several judgments in cases concerning cryptocurrency. Though a few decisions concerned the legal status of cryptocurrency, most cases were within the criminal spectrum. Money laundering played a big part in these judgments.

Money laundering is an aspect that should be taken into account to ensure your organization does not fall under the scope of the Dutch Criminal Code. Money laundering is a punishable act under Dutch criminal law. This is established in articles 420bis, 420ter and 420 of the Dutch Criminal Code. Money laundering is proven when a person conceals the actual nature, origin, alienation or displacement of a certain good, or hides who is the beneficiary or holder of the good while being aware that the good derived from criminal activities. Even when a person was not explicitly aware of the fact that the good derived from criminal activities but could have reasonably assumed that this was the case, he can be found guilty of money laundering. These acts are punishable with imprisonment up to four years (for being aware of the criminal origin), imprisonment up to one year (for having a reasonable assumption) or a fine up to 67.000 euro. This is established in article 23 of the Dutch Criminal Code. A person who makes a habit of money laundering can even be imprisoned up to six years.

Below are a few examples in which the Dutch courts passed on the use of cryptocurrency:

These judgments show that working with cryptocurrency may pose a risk when it comes to compliance. When the origin of the cryptocurrency is unknown, and the currency may derive from the dark web, suspicion of money laundering can easily arise.

As stated above, cryptocurrency is not yet regulated. However, the trade and use of cryptocurrencies will probably be strictly regulated, due to the criminal and financial risks cryptocurrency entails. The regulation of cryptocurrency is a topic of conversation all around the world. The International Monetary Fund (a United Nations organization that works on global monetary cooperation, securing financial stability and facilitating international trade) is calling for global coordination on cryptocurrencies as it warned for both financial and criminal risks.[5] The European Union is debating whether to regulate or monitor cryptocurrencies, though they have not yet created specific legislation. Furthermore, regulation of cryptocurrency is a subject of debate in several individual countries, such as China, South-Korea, and Russia. These countries are taking or want to take steps in order to establish rules concerning cryptocurrencies. In the Netherlands, the Financial Services and Markets Authority has pointed out that investment firms have a general duty of care when they offer Bitcoin-futures to retail investors in the Netherlands. This entails that these investment firms must take care of the interest of their clients in a professional, fair and honest way.[6] The global discussion on the regulation of cryptocurrency shows that numerous of organizations think it is necessary to establish at least some kind of legislation.

It is safe to say that cryptocurrency is booming. However, people seem to forget that trading and using these currencies can also entail certain risks. Before you know it, you may fall within the scope of the Dutch Criminal Code when dealing with cryptocurrency. These currencies are often associated with criminal activities, especially money laundering. Compliance is therefore very important for companies which do not want to be prosecuted for criminal offenses. Knowledge of the origin of cryptocurrencies plays a great part in this. Since cryptocurrency has a somewhat negative connotation, countries and organizations are debating on whether or not to establish regulations concerning cryptocurrency. Though some countries have already taken steps towards regulation, it may still take some time before worldwide regulation is achieved. Therefore, it is of great importance for companies to be careful when dealing with cryptocurrency and to make sure to pay attention to compliance.