Cryptocurrency: EU and Dutch Legal Aspects of the Revolutionary Technology

The worldwide growth and increasing popularity of cryptocurrency has led to questions about the regulatory aspects of this new financial phenomenon. Virtual currencies are exclusively digital and organized through a network known as a blockchain, which is an online ledger which keeps a secure record of each transaction all in one place. No one controls the blockchain, because these chains are decentralized across every computer that has a Bitcoin wallet. This means no single institution controls the network, which naturally implies the existence of many financial and legal risks.

Blockchain startups have embraced Initial Coin Offerings (ICOs) as a way to raise early capital. An ICO is an offering whereby a company can sell digital tokens to the public in order to fund operations and meet other business objectives.[1] Also ICOs are not governed by specific regulations or government agencies. This lack of regulation has raised concern about the potential risks investors run. As a result, volatility has become a concern. Unfortunately, if an investor loses funds during this process, they have no standardized course of action to recover the lost money. 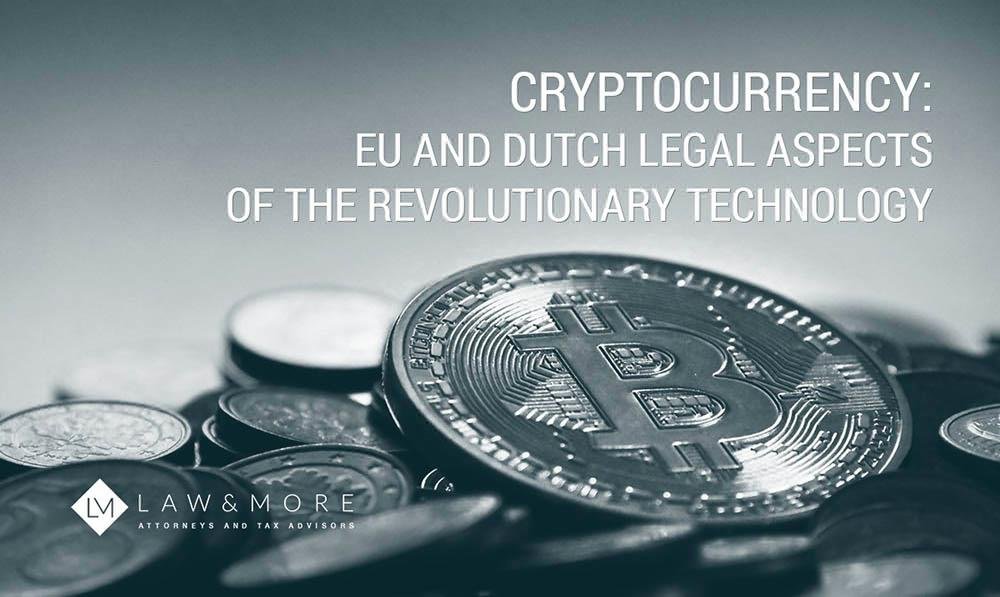 The risks associated with the use of virtual currency raise the need of the European Union and its institutions to regulate. However, regulation at European Union level is quite complex, due to the changing EU regulatory frameworks and regulatory inconsistencies across member states.

As for now virtual currencies are not regulated at EU-level and are not closely supervised or overseen by any EU public authority, even though participation in these schemes exposes users to credit, liquidity, operational and legal risks. This means national authorities need to consider whether they intend to acknowledge or formalize and regulate cryptocurrency.

Virtual Currencies in the Netherlands

According to the Dutch Financial Supervision Act (FSA) electronic money represents a monetary value that is stored electronically or magnetically. This monetary value is intended to be used to perform payment transactions and can be used to make payments to other parties than the one that issued the electronic money.[2] Virtual currencies cannot be defined as electronic money, because not all legal criteria are met. If cryptocurrency cannot be legally defined as money or electronic money, as what can it be defined? In the context of the Dutch Financial Supervision Act cryptocurrency is just a medium of exchange. Everyone has the freedom to engage in barter trade, therefore permission in the form of a license is not required. The Minister of Finance indicated that the revision of the formal legal definition of electronic money is not yet desirable, given the bitcoin’s limited scope, relatively low level of acceptance, and limited relationship to the real economy. He emphasized that the consumer is solely responsible for their use.[3]

According to the Dutch District Court (Overijssel) and the Dutch Minister of Finance a virtual currency, such as Bitcoin, has the status of a medium of exchange.[4] In appeal the Dutch Court considered that bitcoins can be qualified as sold objects as referred to in article 7:36 DCC. The Dutch Court of Appeal also stated that bitcoins cannot be qualified as legal tender but only as a medium of exchange. In contrast, the European Court of Justice ruled that bitcoins should be treated as a means of payment, indirectly suggesting bitcoins are similar to legal tender.[5]

The complete version of this white paper is available via this link.

The form has been sent. Thank you.