The last weeks, the climate agreement is a much discussed topic. However, for a lot of people it is unclear what the climate agreement exactly is what this agreement entails. It all started with the Paris Climate Agreement. This is an agreement between nearly all countries in the world to stop climate change and to limit global warming. This agreement will enter into force in 2020. In order to achieve the goals from the Paris Climate Agreement, certain agreements have to made in the Netherlands. These agreements will be recorded in a Dutch Climate Agreement. The main purpose of the Dutch Climate Agreement is to emit almost fifty percent less greenhouse gases in the Netherlands by 2030 than we did emit in 1990. Particular attention will be paid to reducing CO2 emission. Various parties are involved in the realization of the climate agreement. This concerns, for example, governmental bodies, trade unions and environmental organizations. These parties are divided over various sectorial tables, namely electricity, urbanized environment, industry, agriculture and land use and mobility. 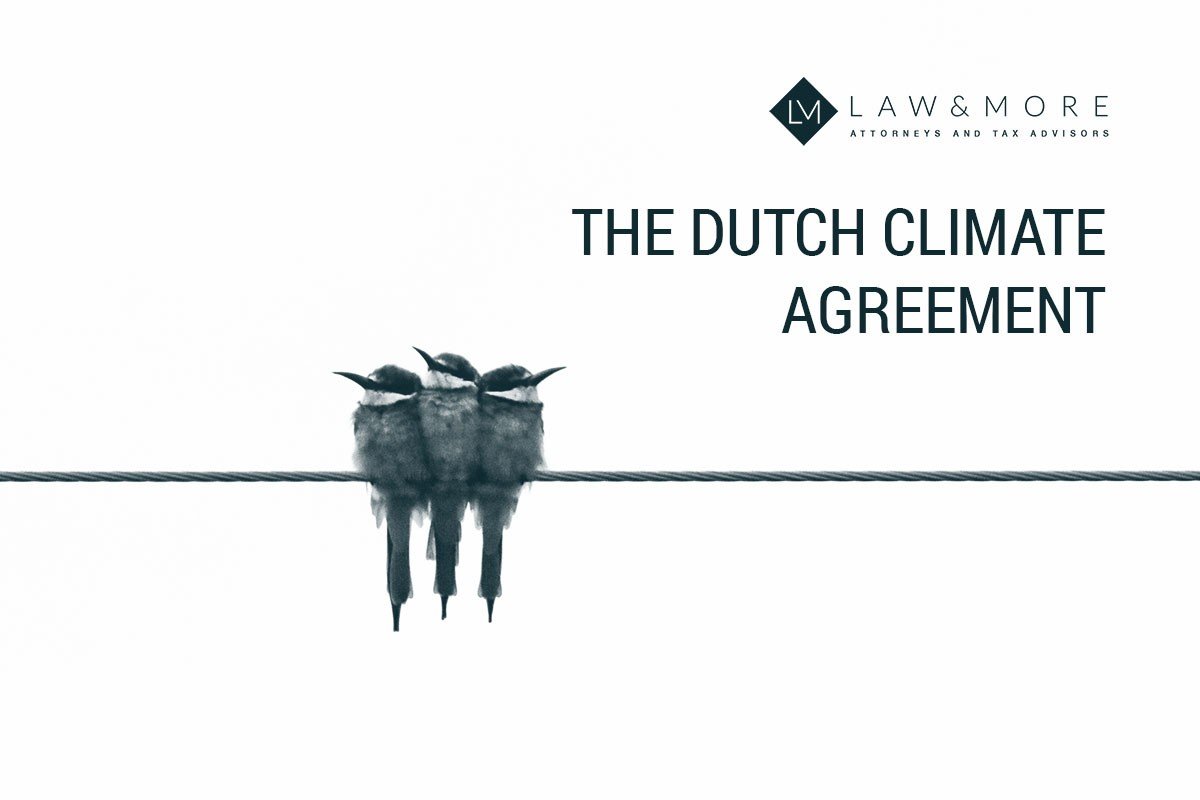 In order to achieve the goals deriving from the Paris Climate Agreement, certain measures have to be taken. It is clear that such measures will come with costs. The principle is that the transition to fewer CO2 emission must remain feasible and affordable for everyone. The expenses must be distributed in an equitable manner in order to maintain the support for the measures to be taken. Each sectorial table has been given the assignment to save a number of tons of CO2. Eventually, this should lead to a national climate agreement. At this moment, a provisional climate agreement has been drafted. However, not every party that has been involved in the negotiations is currently willing to sign this agreement. Among others, a number of environmental organizations and the Dutch FNV do not agree with the agreements as established in the provisional climate agreement. This dissatisfaction mainly concerns the proposals from the sectorial table of industry. According to the aforementioned organizations, the business sector should tackle the problems more severely, certainly because the industry sector is responsible for a large proportion of the greenhouse gas emission. At this moment, the ordinary citizen would be confronted more with the costs and consequences than the industry would. The organizations that refuse to sign do therefore not agree with the proposed measures. If the provisional agreement is not changed, not all organizations will put their signature on the final agreement. Moreover, the proposed measures from the provisional climate agreement still need to be calculated and the Dutch Senate and the Dutch House of Representatives still have to agree upon the proposed agreement. It is therefore clear that the lengthy negotiations concerning the climate agreement have not yet led to a satisfactory result and that it could still take a while before a definite climate agreement has been reached.