Dutch customs: the risks and consequences of bringing forbidden products into the Netherlands

When visiting a foreign country by plane, it is common knowledge that one has to pass customs at the airport. Persons visiting the Netherlands have to pass customs at for instance Schiphol Airport or Eindhoven Airport. It often happens that the bags of passengers contain forbidden products, which then enter the Netherlands on purpose or as a result of ignorance or inattentiveness. Irrespective of the reason, the consequences of these actions can be severe. In the Netherlands, the government has granted customs the special authority to issue criminal or administrative penalties itself. These powers have been laid down in the Algemene Douanewet (General Customs Act). Specifically which sanctions are there and how severe can these sanctions actually get? Read it here!

Dutch criminal law in general knows the principle of territoriality. The Dutch Criminal Code contains a provision which states that the Code applies to everyone that commits any criminal offence within the Netherlands. This means that the nationality or country of residence of the person committing the offence are no decisive criteria. The Algemene Douanewet is based on the same principle and is applicable to specific customs-situations that occur within the territory of the Netherlands. Where the Algemene Douanewet does not provide specific rules, one can rely upon the general provisions of amongst others the Dutch Criminal Code (‘Wetboek van Strafrecht’) and the General Administrative Law Act (‘Algemene Wet Bestuursrecht’ or ‘Awb’). In the Algemene Douanewet there is an emphasis on criminal sanctions. Furthermore, there is a difference in situations in which the different types of sanctions can be imposed. 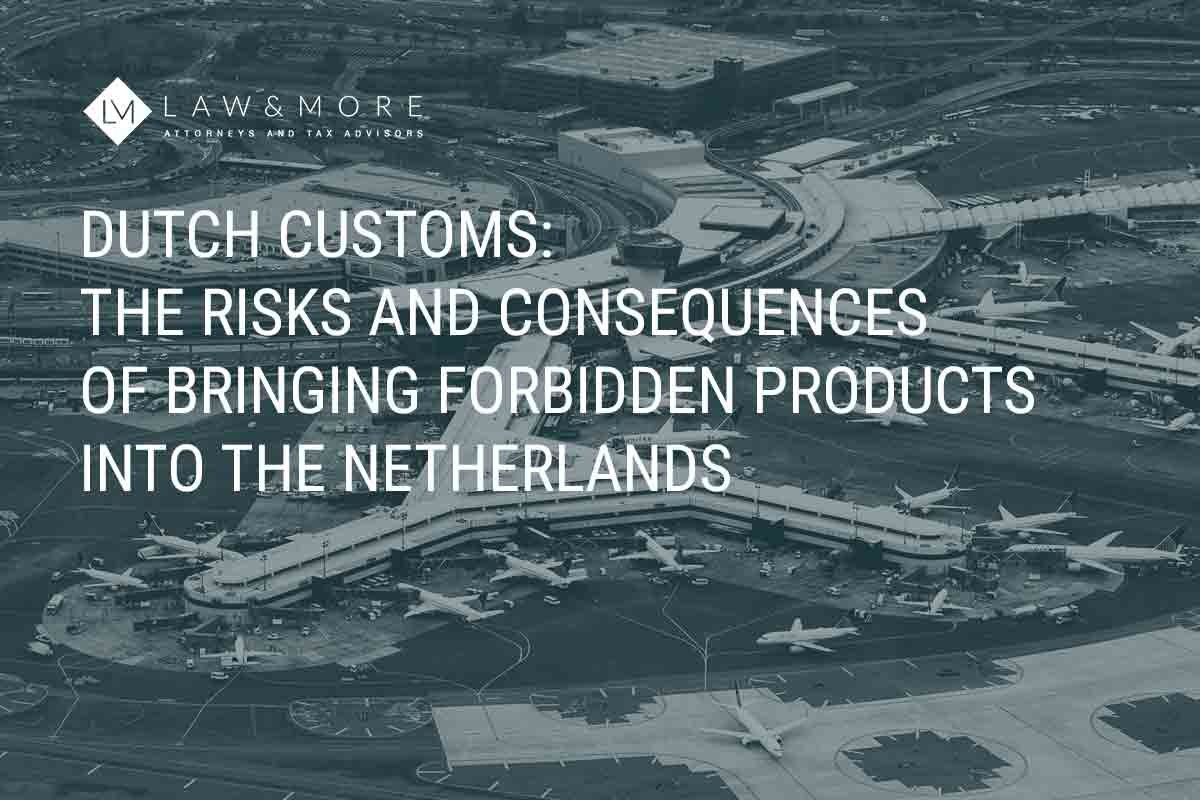 An administrative penalty can be imposed: when goods are not presented to customs, when one does not comply with license terms, when there is absence of goods at a storage site, when the formalities to complete customs procedures for goods brought into the EU are not met and when the goods have not timely received a customs destination. The administrative fine can reach a height of +- EUR 300,-, or in other cases a height of at most 100% of the amount of duties.

Height of the penalties

Guidelines for the penalty are included in the Algemene Douanewet. The specific height of the penalties is determined by either an inspector or a designated official or the public prosecutor (the latter only in case of a criminal act), and will be laid down in a penal order (strafbeschikking) or an administrative decision (beschikking). As described earlier, one can raise objections to the administrative decision (‘bezwaar maken’) at the administrative body or one can resist the penal order at the public prosecutor. After this latter resistance, the court will pass a judgment on the matter.

How are these penalties imposed?

The penal order or administrative decision will usually follow a while after the incident, as it takes some procedural/administrative work to put all the relevant information on paper. Nonetheless, it is a known phenomenon under Dutch law (especially Dutch criminal law) that it could, under circumstances, be possible to pay penal orders immediately. A good example is the direct payment of penal orders in case of drug possession at Dutch festivals. This is, however, never recommended, as paying the fines immediately constitutes an admission of guilt, with many possible consequences such as a criminal record. Nevertheless, it is recommended to pay or resist the fine within the given time. When after several reminders the penalty still isn’t paid, one will usually call in the help of a bailiff to retrieve the amount. When this does not prove effective, a prison sentence can follow.