A debtor who is no longer able to pay his outstanding debts has a few of options. He can file for his own bankruptcy or apply for admission to the statutory debt restructuring arrangement. A creditor can also apply for the bankruptcy of his debtor. Before a debtor can be admitted to the WSNP (Natural Persons Debt Restructuring Act), he will have to go through an amicable procedure. In this process, an attempt is made to reach an amicable settlement with all creditors. If one or more creditors do not agree, the debtor can ask the court to force the refusing creditors to agree to the settlement.

The compulsory settlement is regulated in article 287a Bankruptcy Act. The creditor must submit the request for a compulsory settlement to the court at the same time as the application for admission to the WSNP. Subsequently, all refusing creditors are summoned to the hearing. You may then submit a written defence or you may put forward your defence during the hearing. The court will assess whether you could reasonably have refused the amicable settlement. The disproportion between your interest in refusing and the interests of the debtor or the other creditors affected by that refusal will be taken into account. If the court is of the opinion that you could not reasonably have refused to agree to the debt settlement arrangement, the request for the imposition of a compulsory settlement will be granted. You will then have to agree to the settlement offered and will then have to accept a partial payment of your claim. In addition, as the refusing creditor, you will be ordered to pay the costs of the proceedings. If the compulsory settlement is not imposed, it will be assessed whether your debtor can be admitted to the debt restructuring, at least as long as the debtor maintains the request. 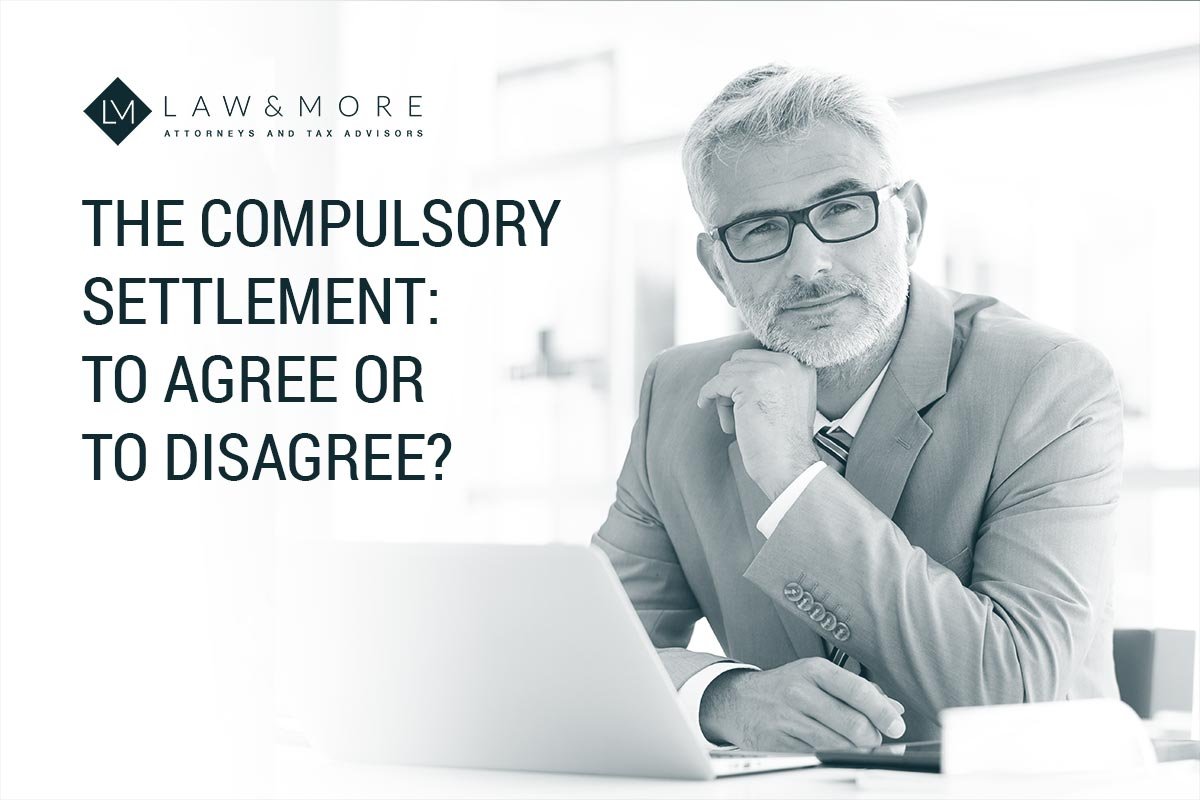 Do you have to agree as a creditor?

The starting point is that you are entitled to full payment of your claim. Therefore, in principle, you do not have to agree to a partial payment or an (amicable) payment arrangement.

The court will take different facts and circumstances into account when considering the request. The judge will often assess the following aspects:

An example is given here in order to clarify how the judge examines such cases. In the case before the Court of Appeal in Den Bosch [2], it was considered that the offer made by the debtor to his creditors under an amicable settlement could not be regarded as the extreme which he could reasonably be expected to be financially capable of. It was important to note that the debtor was still relatively young (25 years) and, partly because of that age, had, in principle, a high potential earning capacity. It would also be able to complete a work placement in the short term. In that situation, it was to be expected that the debtor would be able to find a paid job. The actual employment expectations were not included in the debt settlement arrangement offered. As a result, it was not possible to properly determine what the path of statutory debt restructuring would offer in terms of outcomes. Furthermore, the debt of the refusing creditor, DUO, accounted for a large proportion of the total debt. The court of appeal was of the opinion that DUO could reasonably refuse to agree to the amicable settlement.

This example is for illustration purposes only. There were other circumstances involved too. Whether a creditor may refuse to agree to the amicable settlement varies from case to case. It depends on the specific facts and circumstances. Are you faced with a compulsory settlement? Please contact one of the lawyers at Law & More. They can draw up a defence for you and assist you during a hearing.