Under Dutch law, a court may order a preliminary witness examination at the request of one of the (interested) parties. During such a hearing, one is obliged to speak the truth. It’s not for nothing that the legal sanction for perjury is a sentence of six years. There are, however, a number of exceptions to the obligation to testify. For instance, the law knows a professional and familial privilege. A request for a preliminary witness examination may also be rejected when this request is accompanied by a lack of interest, when there is abuse of law, in case of a conflict with the principles of due process or when there are other heavy-weighing interests that justify a rejection. For example, a request for a preliminary witness examination can be rejected when one tries to discover trade secrets of the competitor or when one tries to initiate a so-called fishing expedition. Despite these rules, distressing situations may occur; for instance in the trust sector. 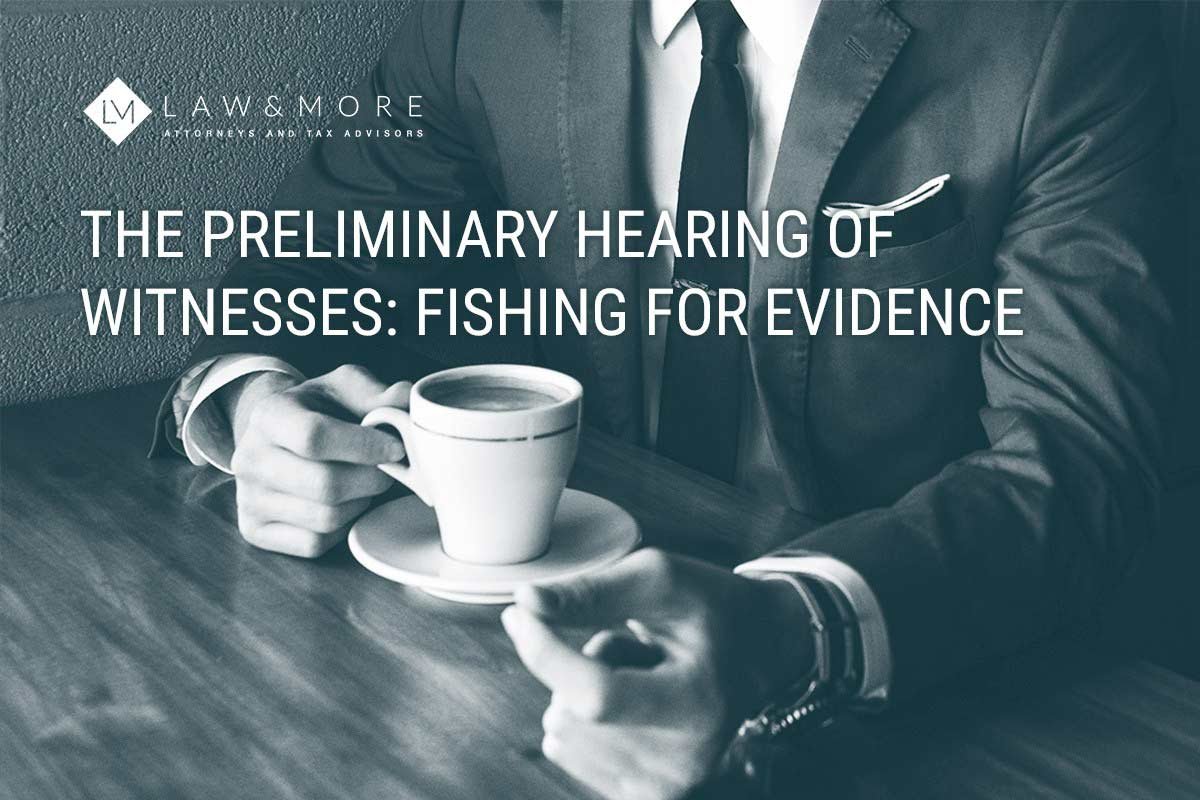 In the trust sector, a large part of the circulating information is usually confidential; not in the least information of the clients of a trust office. In addition, a trust office often receives access to banking accounts, which obviously requires a high degree of confidentiality. In an important judgement, the  court ruled that a trust office itself is not subject to (derivative) legal privilege. Consequence of this is that the “trust secret” can be circumvented by requesting a preliminary witness examination. The reason that the court did not want to grant the trust sector and its employees a derivative legal privilege is evidently the fact that the importance of finding the truth matters most in such a case, which can be seen as problematic. Consequently, a party such as the tax authority, while not in the possession of sufficient evidence to start a procedure, can, by requesting a preliminary witness examination, collect a lot of (classified) information from a range of employees of a trust office in order to make a procedure more viable. Nonetheless, the taxpayer itself may deny access to his information as referred to in article 47 AWR on the basis of the confidentiality of his contact with a person with a legal duty of confidentiality (attorney, notary, etc.) which he has approached. The trust office can then refer to this right of refusal of the tax payer, but in that case the trust office must nevertheless reveal who the taxpayer in question in. This possibility of circumvention of the “trust secret” is often seen as a big issue and at this moment there are only a limited amount of solutions and possibilities for employees of a trust office to refuse to reveal confidential information during a preliminary witness examination.

As already mentioned, among these possibilities is stating that the counterparty is initiating fishing expeditions, that the counterparty is trying to discover company secrets or that the counterparty has a case-interest that is too weak. Furthermore, under certain circumstances one does not have to testify against him- or herself. Often such grounds, however, will not be relevant in the specific case. In one of her reports of 2008, the Advisory Committee of the Civil Procedural Law (“Adviescommissie van het Burgerlijk Procesrecht”) proposes a different ground: proportionality. According to the Advisory Committee, it should be possible to refuse a request for cooperation when the result would be clearly disproportional. This is a fair criterion, but it would still remain the question to what extent this criterion would be effective. However, as long as the court does not follow this trail anyway, the strict regime of the law and the jurisprudence will remain in place. Firm but fair? That is the question.