Blog » Ruling in the climate case against Shell

Ruling in the climate case against Shell

The ruling of the District Court of The Hague in the case of Milieudefensie against Royal Dutch Shell PLC (hereafter: ‘RDS’) is a milestone in climate litigation. For the Netherlands, this is the next step after the groundbreaking confirmation of the Urgenda ruling by the Supreme Court, where the state was ordered to reduce its emissions in line with the goals of the Paris Agreement. For the first time, also a company like RDS is now obliged to take action in countering dangerous climate change. This article will outline the main elements and implications of this ruling. 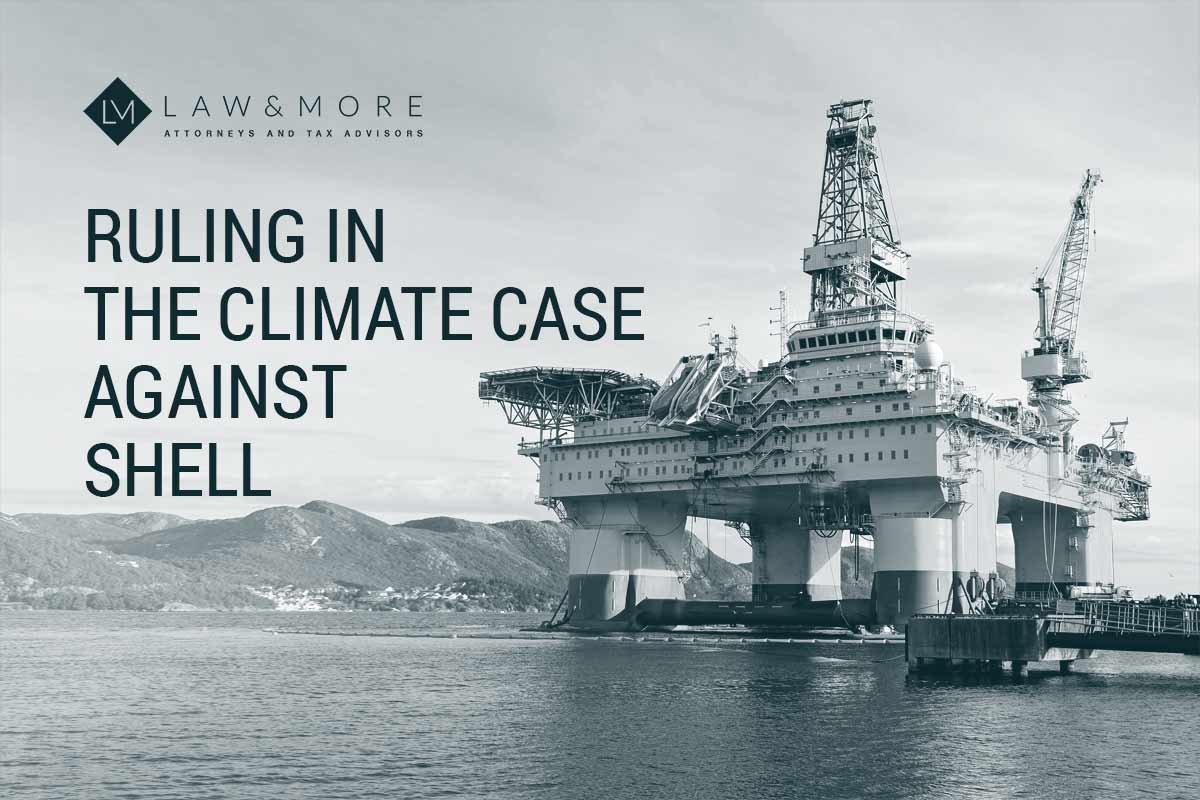 Firstly, the admissibility of the claim is important. Before a court can enter into the substance of a civil claim, the claim must be admissible. The court ruled that only the collective actions that serve the interests of the current and future generations of Dutch citizens are admissible. These actions, contrary to the actions that serve the interests of the world population, had a sufficiently similar interest. This is because the consequences that Dutch citizens will experience from climate change differ to a lesser extent than those of the world population as a whole. ActionAid does not sufficiently represent the specific interests of the Dutch population with its broadly formulated global objective. Therefore, its claim was declared inadmissible. The individual plaintiffs were also declared inadmissible in their claims, because they have not shown sufficient individual interest to be admissible in addition to the collective claim.

Circumstances of the case

Now that some of the claims filed have been declared admissible, the court was able assess them substantively. In order to allow the claim of Milieudefensie that RDS is obliged to achieve a net emission reduction of 45%, the Court firstly had to determine that such an obligation rests on RDS. This had to be assessed on the basis of the unwritten standard of care of art. 6:162 DCC, in which all circumstances of the case play a role. The circumstances taken into account by the Court included the following. RDS establishes the group policy for the entire Shell group which is subsequently carried out by the other companies within the group. The Shell group, together with its suppliers and customers, is responsible for considerable CO2 emissions, which are higher than the emissions of a number of states, including the Netherlands. These emissions lead to climate change, the consequences of which are felt by Dutch residents (e.g. in their health, but also as a physical risk due to, among other things, rising sea levels).

The consequences of climate change experienced by Dutch citizens, among others, affect their human rights, in particular the right to life and the right to undisturbed family life. Although human rights in principle apply between citizens and the government and therefore there is no direct obligation for companies, companies must respect these rights. This also applies if states fail to protect against violations. Human rights that companies must respect are also included in soft law instruments such as the UN Guiding Principles on Business and Human Rights, endorsed by RDS, and the OECD Guidelines for Multinational Enterprises. The prevailing insights from these instruments contribute to the interpretation of the unwritten standard of care on the basis of which an obligation for RDS can be assumed, according to the court.

The obligation of companies to respect human rights depends on the seriousness of the impact of their activities on human rights. The court assumed this in the case of RDS on the basis of the facts described above. Moreover, before such an obligation can be assumed, it is also important that a company has sufficient possibilities and influence to prevent the violation. The court assumed that this is the case because companies have influence within the entire value chain: both within the company/ group itself through the formation of policy and on customers and suppliers through the provision of products and services. Because the influence is greatest within the company itself, RDS is subject to an obligation to achieve results. RDS must make an effort on behalf of suppliers and customers.

The court assessed the extent of this obligation as follows. According to the Paris Agreement and the IPCC reports, the accepted norm for global warming is limited to a maximum of 1.5 degrees Celsius. The claimed reduction of 45%, with 2019 as 0, is according to the court sufficiently in line with the reduction paths as proposed by the IPCC. Therefore, this could be adopted as a reduction obligation. Such an obligation can only be imposed by the court if RDS fails or threatens to fail in this obligation. The court indicated that the latter is the case, since the group policy is insufficiently concrete to exclude such a threat of breach.

The court therefore ordered RDS and the other companies within the Shell group to limit or cause to be limited the combined annual volume of all CO2 emissions to the atmosphere (Scope 1, 2 and 3) associated with the Shell group’s business activities and sold energy-bearing products in such a way that by the end of the year 2030 this volume will have been reduced by at least a net 45% in comparison with the level of the year 2019. RDS’s defences are of insufficient weight to prevent this order. For instance, the court considered the argument of perfect substitution, which implies that someone else will take over the activities of the Shell group if a reduction obligation is imposed, insufficiently proven. In addition, the fact that RDS is not solely responsible for climate change does not relieve RDS from the weighty duty of effort and responsibility in limiting global warming assumed by the court.

This also makes it clear what the consequences of this ruling are for other companies. If they are responsible for a significant amount of emissions (for example, other oil and gas companies), they can also be taken to court and sentenced if the company makes insufficient efforts through its policy to limit these emissions. This liability risk calls for a more stringent emission reduction policy throughout the value chain, i.e. for the company and the group itself as well as for its customers and suppliers. For this policy, a similar reduction as the reduction obligation towards RDS can be applied.

The landmark ruling in Milieudefensie’s climate case against RDS has far-reaching consequences, not only for the Shell Group but also for other companies that make a significant contribution to climate change. Nevertheless, these consequences can be justified by the urgent need to prevent dangerous climate change. Do you have any questions about this ruling and its possible consequences for your company? Then please contact Law & More. Our lawyers are specialised in civil liability law and will be happy to help you.