One of the most discussed topics in the World Cup of 2014. Robin van Persie who equalizes the score against Spain in a gliding dive with a beautiful header. His excellent performance also resulted in a Calvé advertisement in a form of a poster and a commercial. The commercial tells the story of a 5 year old Robin van Persie who earns his entry at Excelsior with the same kind of gliding dive. Robin was probably well paid for the commercial, but could this usage of copyright also be adapted and modified without Persie’s permission? 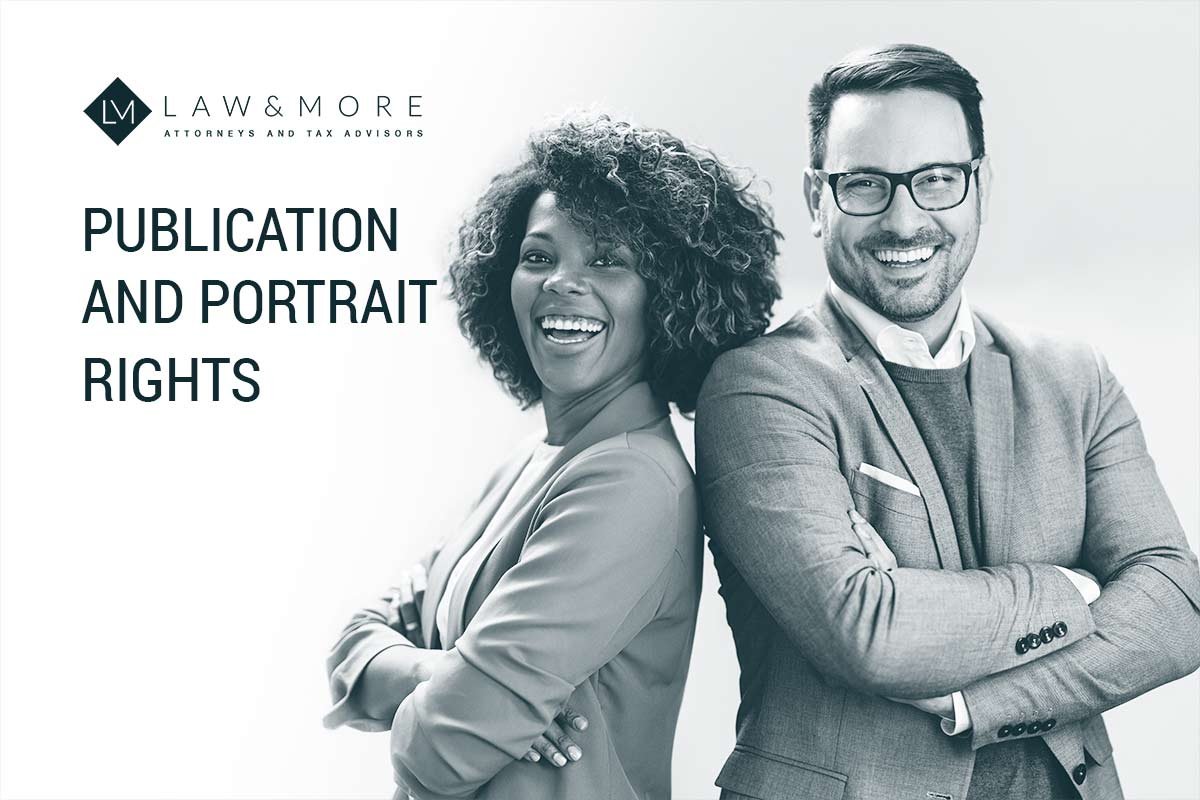 If we only look at this explanation, we might think that a portrait only includes the face of a person. However, this is not the case. Incidentally, the addition: ‘in whatever way it is made’ means that it does not matter for a portrait whether it is photographed, painted or designed in any other form. A television broadcast or caricature can therefore also fall within the scope of a portrait. This makes clear, that the scope of the term ‘portrait’ is wide-ranging. A portrait also includes a video, illustration or graphic representation. Various proceedings have been conducted in relation to this matter and the Supreme Court has ultimately elaborated on this in more detail, namely, the term ‘portrait’ is used when a person is portrayed in a recognisable manner. This recognition can be found in the facial features and the face, but it can also be found in something else. Think, for example, of a characteristic posture or hairstyle. The surroundings can also play a role. A person who is walking in front of the building where that person works is more likely to be recognized than when that person was portrayed at a location where he or she would normally never go.

Pursuant to Section 21 of the Copyright Law, the creator is in theory entitled to publish the portrait freely. However, this is not an absolute right. The subjected person may act against the publication, if and to the extent that he has a reasonable interest in doing so. The right of privacy is often referred to as a reasonable interest. Well-known persons such as sportsmen and artists may, in addition to the reasonable interest, also have commercial interests to prevent publication. In addition to the commercial interest, however, celebrity may also have another interest. After all, there is a chance that he/she will suffer damage to his/her reputation because of the publication. Since the concept of “reasonable interest” is subjective and parties are generally reluctant to agree on the interest, you can see that many proceedings are being conducted regarding this concept. It is then up to the court to determine whether the interest of the person portrayed prevails over the interest of the maker and the publication.

The following grounds are important for the portrait right:

If we look at the example of Robin van Persie, it is obvious that he has both reasonable and commercial interest given his great fame. The judiciary has determined that the financial and commercial interest of a top athlete can be regarded as a reasonable interest within the meaning of Section 21 of the Copyright Act. Pursuant to this article, the publication and reproduction of a portrait is not permitted without the consent of the person depicted in the portrait, if the reasonable interest of that person is opposed disclosure. The top athlete may charge a fee for the permission to use his portrait for commercial purposes. In this way he can also capitalise on his popularity, this can take the form of a sponsorship contract, for example. But what about amateur football if you are less well-known? Under certain circumstances, the portrait right also applies to amateur top athletes. In the Vanderlyde/publishing company Spaarnestad judgment an amateur athlete opposed the publication of his portrait in a weekly magazine. The portrait had been made without his commission and he had not granted permission or received financial compensation for the publication. The court considered that an amateur athlete is also entitled to cash in on his popularity if that popularity turns out to have market value.

If your interests seem to be violated, you can demand a ban on publication, but it is also possible that your image has already been used. In that case you can claim compensation. This compensation is generally not very high but depends on several factors. There are four options to take action against a violation of portrait rights:

If your right is infringed, you can also claim damages. You can do this if your image has already been published and you believe that your interests have been violated.

The amount of the compensation will often be determined by the court. Two well-known examples are the “Schiphol terrorist photo” in which the military police picked out a man with a Muslim appearance for a security check with a text under the picture “Is Schiphol still safe?” and the situation of a man who was on his way to the train been photoshopped walking across the Red Light District ending up in the newspaper under the heading “Peeking at the whores”.

In both cases it was judged that privacy outweighed the photographer’s freedom of speech. This means that you can’t just publish every photo you take on the street. Usually are these kind of fees between 1500 to 2500 euros.

If, in addition to the reasonable interest, there is also a commercial interest, the compensation can be much higher. The compensation then depends on what it turned out to be worth in similar assignments and can therefore amount to tens of thousands of euros.

Considering the possible sanctions, it is wise to act carefully when publishing portraits and to try as much as possible to obtain the permission of concerned in advance. After all, this avoids a lot of discussion afterwards.

If you would like to know more about the subject of portrait rights or if you can use certain portraits without permission, or if you believe that someone is violating your portrait right, you can contact the lawyers of Law & More.