Prejudgment attachment: provisional security in case of a non-paying party 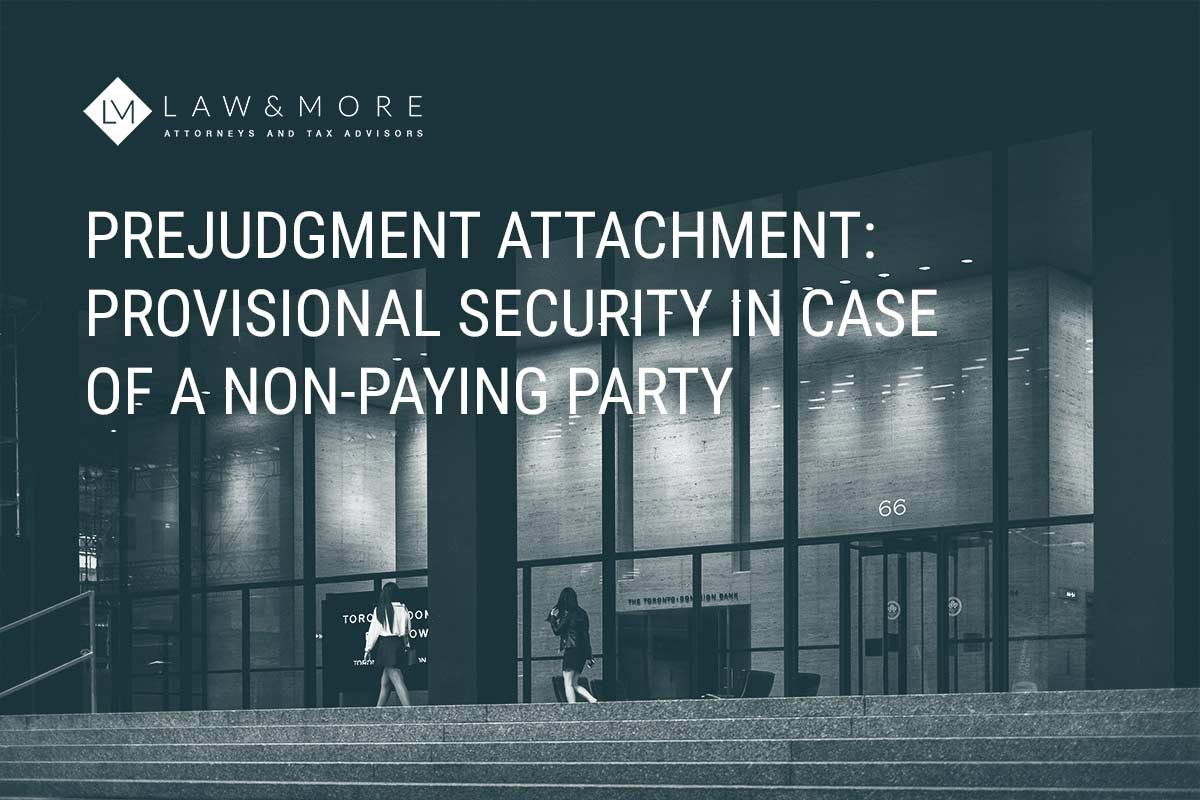 When one wants to seize goods through prejudgment attachment, one will have to submit an application to the preliminary relief judge. This application will have to meet certain requirements.  The application must for instance contain the nature of the desired attachment, information on which right is invoked (for example ownership or the right to compensation for damage) and the amount for which the creditor wishes to seize the goods of the debtor. When the judge decides on the application, he does not conduct an extensive research. The research done is brief. However, a request for prejudgment attachment will only be approved when it can be shown that there is a well-founded fear that a debtor, or a third party to which the goods belong, will get rid of the goods. Partly for this reason, the debtor is not informed on the request for prejudgment attachment; the seizure will come as a surprise.

Which goods can be seized?

All assets of the debtor can be attached. This means that attachment can take place with respect to inventory, wages (earnings), bank accounts, houses, cars, etc. Attachment of earnings is a form of garnishment. This means that goods (in this case the earnings) are held by a third party (the employer).

Cancellation of the attachment

Despite the fact that prejudgment attachment seems like a nice option, one will also have to take into account the fact that there can be consequences when one request prejudgment attachment too lightly. At the moment the claim in the main proceedings to which the prejudgment corresponds is rejected, the creditor that has lodged an order for attachment will be liable for the damage suffered by the debtor. Moreover, prejudgment attachment proceedings cost money (think of bailiff fees, court fees and attorney fees), not all of which will be reimbursed by the debtor. In addition, the creditor always carries the risk of there not being anything to claim, for instance because there is a mortgage on the attached property which exceeds its value and has priority upon execution or – in case of attachment of a bank account – because there is no money on the debtor’s bank account.