A fight divorce is an unpleasant event that involves a lot of emotions. In this period it is important that a number of things are properly arranged and therefore it is important to call in the right help.

Unfortunately, it often happens in practice that the future ex-partners are unable to reach agreements together. Parties can sometimes even be diametrically opposed to each other on certain subjects. In such cases, mediation will not be able to offer a solution. If partners already know in advance that they will not be able to reach an agreement together, it is wise to immediately call in a family lawyer. The right help and support will save you a lot of time, money and disappointment. Your own lawyer will be fully committed to your interests. Your future ex-partner will probably have his or her own lawyer. The lawyers will then start negotiations. In this way the lawyers will try to achieve the best for their clients. During the negotiations between the lawyers, both partners will in turn have to give and take something. In this way, the divergent positions are resolved in most cases and laid down in a divorce agreement. Sometimes, the partners still fail to come to an agreement because they are not prepared to compromise. In such a case, an annoying divorce can arise between the parties. 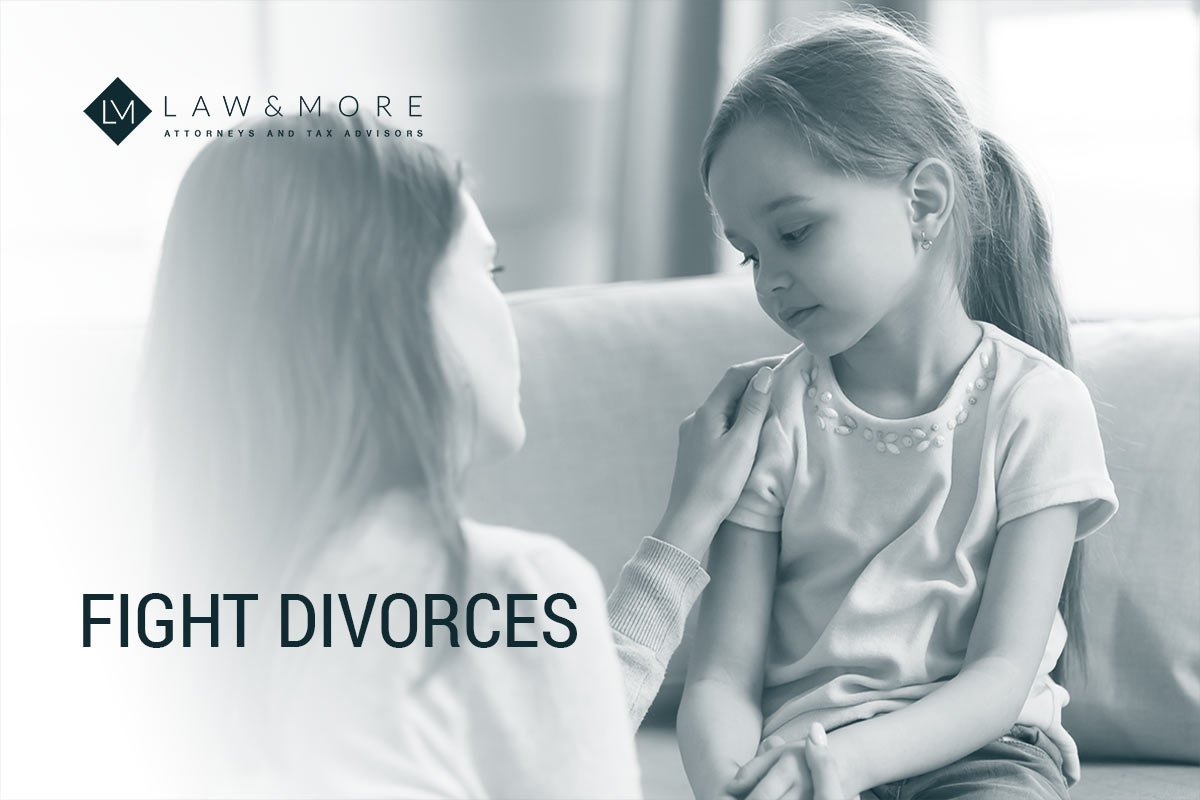 Problems in the event of a fight divorce

A divorce is never fun, but in the case of a fighting divorce it goes much further. Often mud is thrown back and forth in a fight divorce. Parties sometimes try to do everything they can to get in each other’s way. This often involves swearing at each other and mutual recriminations. Divorces of this kind can often take an unnecessarily long time. Sometimes a divorce even takes years! In addition to the emotions, these divorces also entail costs. A divorce is physically as well as mentally exhausting for the parties. When children are also involved, a fight divorce is experienced as even more annoying. The children are often the victims of a fight divorce. That is why it is important to do everything possible to prevent a fight divorce.

In many fight divorces, the children are used as a tool in the fight between the parents. Often there is even a threat not to show the children to the other parent. It is in the children’s interest if both parents try to prevent a fight divorce. The children can suffer a great deal of damage as a result of a fight divorce and sometimes even end up in a loyalty conflict. Mummy tells them what Daddy is doing wrong and Daddy tells the opposite. Studies show that children of parents involved in a fight divorce experience more problems than children of divorced parents. There is an increased risk of emotional problems and depression. Performance at school can deteriorate and the child is more likely to have problems entering into a relationship later on. Also the network of parties such as teachers, family members, friends and agencies, often gets involved in a fight divorce. A fight divorce therefore has a psychological effect on the children. After all, they are between both parents. The family law lawyers of Law & More therefore advise you to do everything in your power to prevent a fight divorce. However, we understand that in some cases a fight divorce is unavoidable. In those cases you can contact the family law lawyers of Law & More.

Counselling in the event of a fight divorce

In case of a fight divorce, the right guidance is very important. That is why the advice is that you hire a good lawyer who can look after your interests in the right way. It is important that your lawyer looks for a solution and does everything possible to complete the fight divorce as soon as possible, so that you can get on with your life.

Are you involved in a (fight)divorce? Don’t hesitate to contact the family lawyers of Law & More. We are ready to support and guide you in this annoying period.