Starting the 1st of January 2020, the new law of Minister Dekker will enter into force. The new law implies that citizens and companies who are suffering massive losses, are be able to sue together for compensation of their losses. Mass damage is damage suffered by a large group of victims. Examples of this are physical damages caused by dangerous medicines, financial damage caused by tampering cars or material damage caused by earthquakes as a result of gas production.  From now on, such mass damage can be dealt collectively.

In the Netherlands is for many years possible to establish collective liability in court (collective action). The judge could only determine unlawful acts; for the damages, all the victims still had to start an individual procedure. In practice, such a procedure is usually complex, time-consuming and expensive. In most cases, the costs and time involved in an individual procedure do not compensate the losses. 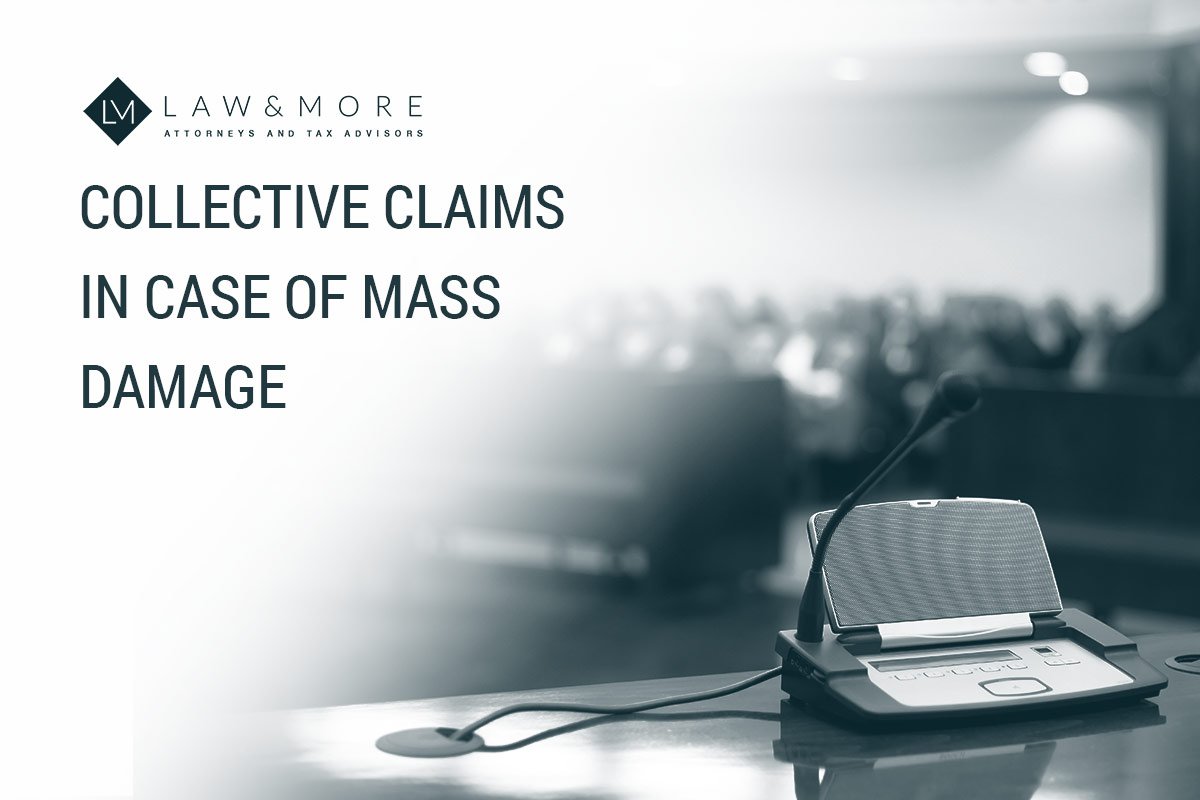 There is also the possibility of having a collective settlement between an interest group and an accused party, declared universally in court for all victims based on the Collective Mass Claims Settlement Act (WCAM). By means of a collective settlement, an interest group can help a group of victims, for example  reaching a settlement so that they can be compensated for their loss. However, if the party causing the damage does not cooperate, the victims will still be left empty-handed. The victims must then go to court individually  to claim damages based on Article 3:305a of the Dutch Civil Code.

With the arrival of the Mass Claims Settlement in Collective Action Act (WAMCA) on January the first 2020, the possibilities of a collective action have been expanded. With effect from the new law, the judge can pronounce a conviction for collective damages. This means that the entire case can be settled in one joint procedure. This way the parties will get clarity. The procedure is then simplified, saves time and money, also prevents endless litigation. This way, a solution can be found for a large group of victims.

The victims and the parties are often confused and insufficiently informed. This means that the victims do not know which organisations are reliable and what  interest they represent. Based on legal protection of the victims, the conditions for collective action have been tightened up. Not every interest group can just start filing a claim. The internal organisation and finances of such organisation must be in order. Examples of interest groups are Consumers’ Association, association of stockholders and specially established organisations for a collective action.

At last, there will be a central register for collective claims. This way, the victims and the (representative) interest groups can decide whether they want to start a collective action for the same event. The Council for the Judiciary will be the holder of the central register. The register will be accessible to everyone.

The settlement of mass claims is exceptionally complex for all parties involved, therefore it’s advisable to have legal support. The team of Law & More has wide-ranging expertise and experience in handling and monitoring mass claims issues.