It used to be customary to marry someone of the same nationality or of the same origin. Nowadays, marriages between people of different nationalities are becoming more common. Unfortunately, 40% of marriages in the Netherlands end in divorce. How does this work if one lives in a country other than the one in which they entered into the marriage? 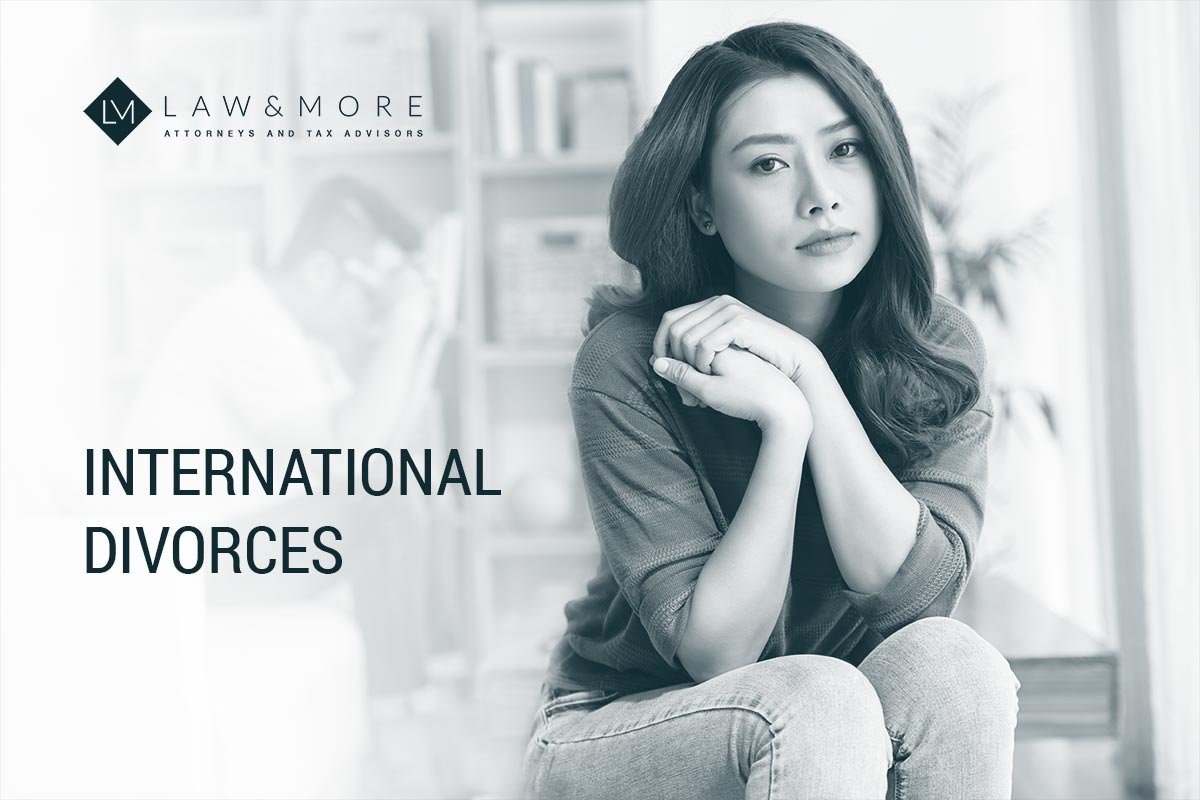 Making a request within the EU

Regulation (EC) No 2201/2003 (or: Brussels II bis) has been applicable to all countries within the EU since 1 March 2015. It governs jurisdiction, recognition and enforcement of judgments in matrimonial matters and parental responsibility. The EU rules apply to divorce, legal separation and marriage annulment. Within the EU, an application for divorce can be lodged in the country where the court has jurisdiction. The court has jurisdiction in the country:

Within the EU, the court that first receives an application for divorce that meets the conditions has jurisdiction to decide on the divorce. The court that pronounces the divorce may also decide on parental custody of children living in the country of the court. The EU rules on divorce do not apply to Denmark because the Brussels II bis Regulation has not been adopted there.

The law of the country in which the divorce application is lodged shall not necessarily apply to the divorce. A court may have to apply foreign law. This happens more often in the Netherlands. For each part of the case it has to be assessed whether the court has jurisdiction and which law has to be applied. Private international law plays an important role in this. This law is an umbrella term for areas of law in which more than one country is involved. On 1 January 2012, Book 10 of the Dutch Civil Code entered into force in the Netherlands. This contains the rules of private international law. The main rule is that the court in the Netherlands applies Dutch divorce law, regardless of the nationality and place of residence of the spouses. This is different when the couple has had their choice of law recorded. The spouses will then choose the law applicable to their divorce proceedings. This can be done before the marriage is entered into, but it can also be done at a later stage. This is also possible when you are about to divorce.

For marriages contracted on or after 29 January 2019, Regulation (EU) No 2016/1103 will apply. This regulation governs applicable law and the enforcement of decisions in matters of matrimonial property regimes. The rules it lays down determine which courts may rule on the property of the spouses (jurisdiction), which law applies (conflict of laws) and whether a judgment given by a court of another country is to be recognised and enforced by the other (recognition and enforcement). In principle, the same court still has jurisdiction according to the rules of the Brussels IIa Regulation. If no choice of law has been made, the law of the State where the spouses have their first common residence will apply. In the absence of a common habitual residence, the law of the State of nationality of both spouses will apply. If the spouses do not have the same nationality, the law of the State with which the spouses have the closest connection shall apply.

For advice prior to your marriage or for advice and assistance in the event of a divorce, you can contact the family law lawyers of Law & More. At Law & More we understand that the divorce and subsequent events can have far-reaching consequences on your life. That is why we take a personal approach. Together with you and possibly your ex-partner, we can determine your legal situation during the interview on the basis of the documentation and try to record your vision or wishes. In addition, we can assist you in a possible procedure. The lawyers at Law & More are experts in the field of personal and family law and are happy to guide you, possibly together with your partner, through a divorce process.